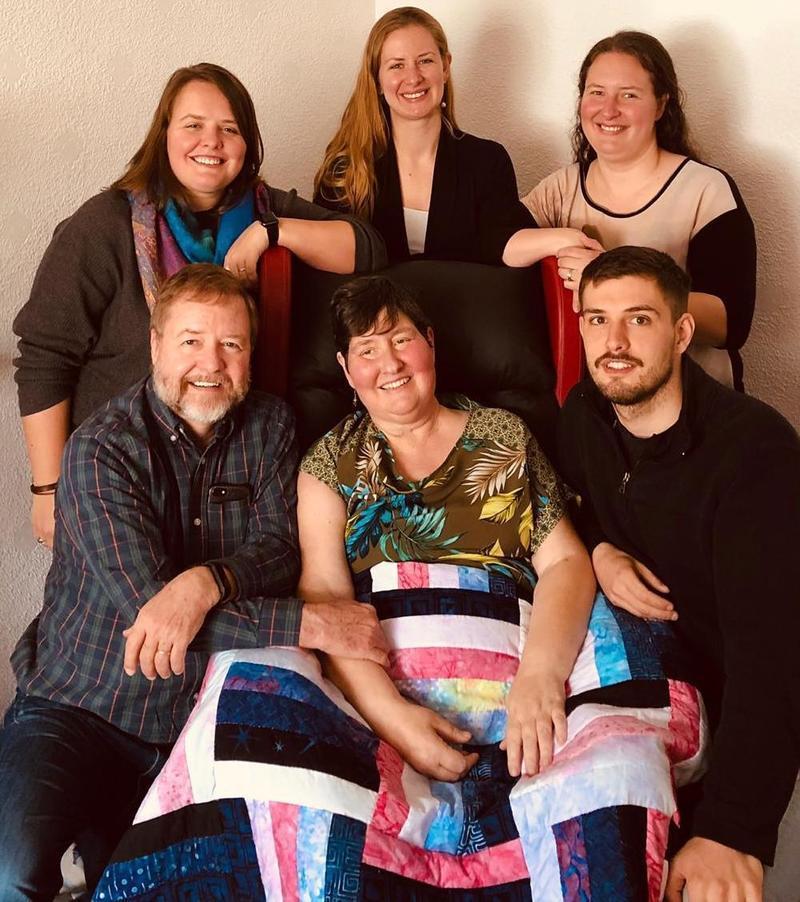 Nancy Anne Knapp was born in Bobo Dioulaso, Burkina Faso to missionary parents. When Nancy turned 6 years old the family returned to their native Canada. By the time Nancy completed high school she had moved many times and studied in different schools, including at a boarding school in Africa. All of this raised in Nancy’s heart a burden for children and she trained in ‘Early Childhood Education’. Her first job was to help a local church set up a program for children including a day-care program.

After giving her heart to Jesus as a young teenager Nancy later responded to the Lord’s call to the Middle East where she again hoped to develop a ministry among mothers and children. She and her husband Henry moved to Jordan and began to study Arabic in 1985. Soon Henry’s irrigation work brought him into contact with an orphanage for boys in Beirut Lebanon which resulted in a request that they come and work long term with them. Nancy by this time had two young daughters and soon they were all settled in with their 27 new brothers. Nancy’s family grew to four and her boys to number over 60. During the years that Nancy was at the orphanage over 100 children came under her care, including through a new school and home for girls. Eventually Nancy returned to Canada where the family trained and sent out many others worldwide to see Jesus known, loved and worshipped.

While in Lebanon Nancy learned an Arabic proverb that states that working in the life of a child is like carving in stone, as the mark made remains forever. During her years at the orphanage Nancy was blessed to leave the ‘mark of the love of Christ’ on the lives of these boys. A visit in 2017, just weeks before she was diagnosed with cancer, allowed Nancy to meet many of these young men, many now married with their own children!

To honour Nancy's memory, Henry and family are raising funds to support the kids of Stand by Me in Romania. All donations raised will be used towards providing a vehicle for the Denisa Day Care Centre in Romania which supports children who are trapped in poverty and illiteracy. Children’s lives are being transformed through tutoring, food and medical care and the centre is a safe and fun place to be. Many of the children have a 2 mile journey to reach the care centre which sometimes leads them to drop out of the care programme. The provision of a vehicle for the care centre will allow Stand by Me to transport the children safely to and from the care centre each day and will make a big difference in the lives of the kids.