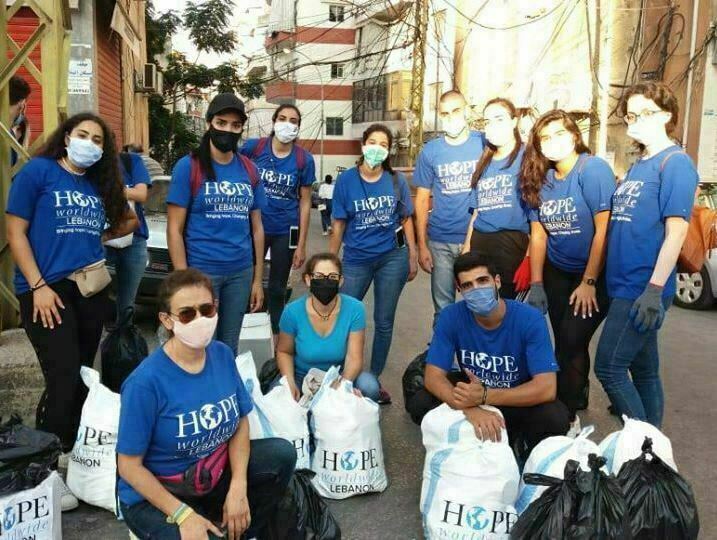 Help a team on the ground rise up and rebuild

On August 4, 2020, a catastrophic explosion occurred in Beirut, Lebanon. At least 200 people were killed and over 5,000 have been reported injured. Over 300,000 people have been left homeless. The explosion has devastated the people of Lebanon who were already facing political turmoil, the Covid-19 pandemic, food scarcity and a financial crisis.

Stand by Me was founded in 1985 sponsoring 60 boys in a orphanage in Lebanon. Since then Lebanon has always been a place close to Stand by Me's heart. Although today Stand by Me no longer works in Lebanon, our contacts in the country, many of whom were some of our first Stand by Me children in the boys home, are today part of relief efforts on the ground through the organisation Hope Worldwide Lebanon.

Through this organisation the local community in Beirut responded immediately providing urgent aid of food and water to those who needed it. Teams of volunteers started working to clear debris from the streets and from people's homes. In addition to providing and distributing food, the team have commenced renovating and rebuilding homes that suffered damage from the explosion. With over 300,000 homeless the task is huge and overwhelming but the team are motivated to "rise up and rebuild". Any support you can give will be given directly to the Hope Worldwide Lebanon's team on the ground to carry out this essential relief work.

Thank you for your generosity and prayers as we stand with the community in Beirut and all who have been impacted by this terrible event.