From orphan to teacher: Aye's story 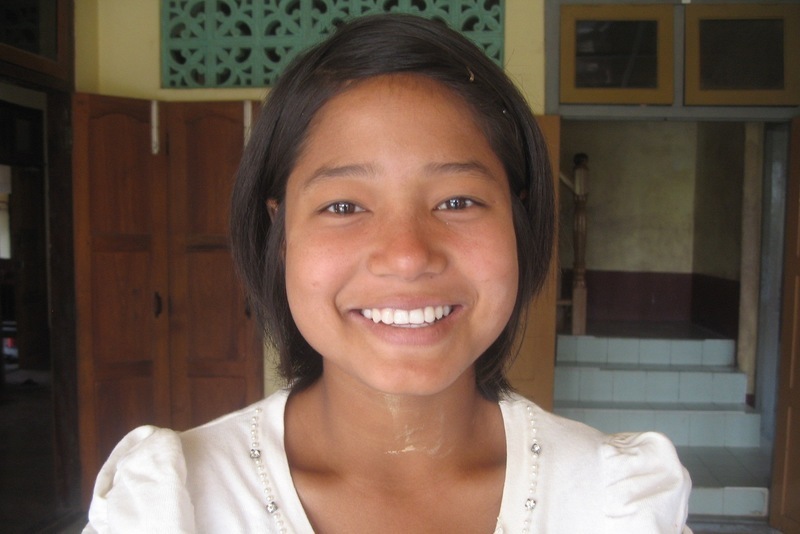 Aye Aye Naing was once heading for a life of prostitution but since coming to our Sofia Home in Tamu and achieving excellent results on her knitting and sewing course, she has been offered a job as a teacher! Aye will now leave our sponsorship programme in Burma as she embarks on her teacher training in another town, but will return as a qualified teacher.

When Aye first came to the Sofia Home she was an orphan, her mother had died just two days after giving birth. Her father was not known, so Aye was taken in by a loving, Buddhist couple who longed for a child of their own. She was tenderly cared for until her adopted father tragically died in a car accident. Shortly after this, her adopted mother fell ill and also passed away. Aye was suddenly propelled from a loving family to a life on the streets.

She wandered from house to house, looking for scraps of food, scared and alone, when a lady took advantage of Aye’s vulnerability and sold her into a life of prostitution. An old neighbour heard of what had happened and notified the authorities, and thankfully, Aye was rescued.

Aye was shy, withdrawn and found it difficult to make friends when she first joined our Sofia Home. She was surprised to see her friends sing and pray, she came from a Buddhist background and said she could not sing. However, since becoming a Stand by Me child, Aye’s life has turned around.

She attended school for three years, but struggled to study so eventually left in order to learn more practical life skills. Her happiness was clearly evident, she felt content and began learning to cook, eventually preparing many of the meals for the family and helping to run the home..

After enrolling on her tailoring course, Aye’s tutors were so impressed with her talents that they offered to send her to train as a teacher for the centre. Aye was thrilled to be offered such a wonderful opportunity and wants to put her skills to good use helping her brothers and sisters at the Sofia Home in the future.

Aye’s local church held a Christian camp in 2010 and while she was there, Aye accepted Jesus into her life. She said, “I have peace. I can now sing.” She enjoys going to church and attending Sunday School, she loves to skip, to sing and to cook.

Aye’s life is a long way from that of prostitution, thanks to her kind sponsor, who has given her the security and hope many other orphans can only dream of. If you would like help a child like Aye through child sponsorship, you can read more here.

Who would have thought that so much could be achieved in Ethiopia in just one week? An enthusiastic team of medical and building volunteers from th...

Felipe*, aged eight, is thrilled to have recently discovered that his sister is living in a nearby girl’s home in Guatemala. He is one of 17 boys l...