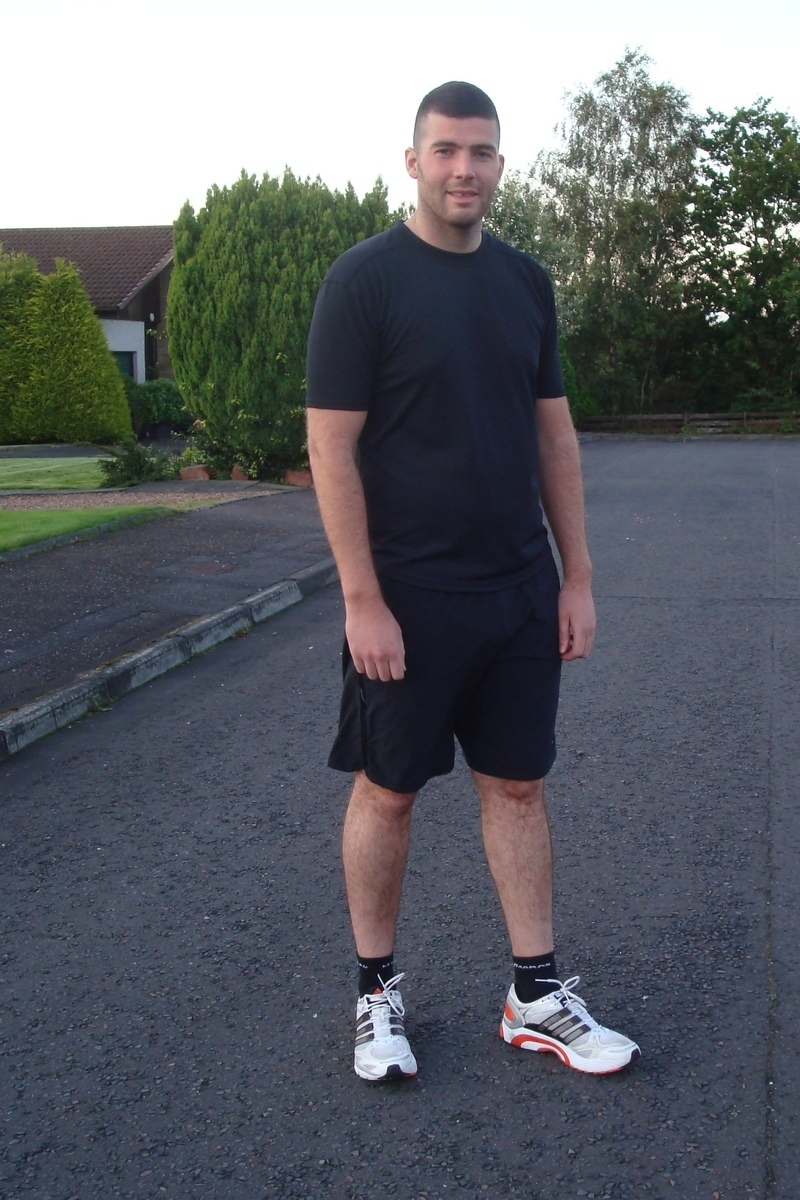 Graeme Crow, aged 25, has signed up to run a gruelling 26.2 miles in the Baxters Loch Ness Marathon after leaving a Keith and Kristyn Getty concert in Edinburgh inspired by the work of Stand by Me.

Graeme was touched by a story told at the concert of a father in Burma who had no choice but to send his children to an orphanage some distance away, until Stand by Me asked if we could care for them in our home nearby. Moved by the difference Stand by Me was able to make to the lives of these children, Graeme decided to put aside the serious illnesses he suffers himself to fundraise and personally make a difference.

“The story really touched my heart and made me realise what great work Stand By Me does”, said Graeme.

The 26.2 mile marathon route taking place on 30 September 2012 winds through breathtaking scenery, taking Graeme along the south-eastern shores of Loch Ness, across the River Ness, and into the centre of Inverness, capital city of the Highlands. His target time for the run is an impressive five and a half hours.

Graeme’s only experience of running to date is playing rugby for his town and county ten years ago, so this is an extreme challenge for him. First preparations began when Graeme downloaded a training plan from the internet and he is hoping to coach himself using a 4-run-a-week pattern.

Why choose a marathon?

Graeme settled on a marathon for his fundraising method, and explains the reasoning behind his decision. “I knew it would be a tough and challenging route, with plenty of Scottish Highland hills to climb, but I felt having six months to prepare for it was a feasible task”.

A major factor in making this marathon such a test for Graeme is that he suffers from two serious illnesses, one being Ulcerative Colitis, which prevents his body from receiving adequate nutrition from food.

Rather than letting this hold Graeme back, he sees it as adding to the challenge and is even more determined to complete the marathon, so that he can make a real difference. Graeme is hoping to attract a considerable amount of publicity through family, friends and local media with the hope of raising as much money as possible for the Stand by Me children.

Graeme’s fundraising will help to provide an education for the deserving children in our Sofia Home, in Burma. Education is essential for every child, but in Burma it isn’t free. There’s the uniform to be bought, umbrellas to keep kids dry on the long walks to school, all their books and bags to be purchased and of course the annual school fees. If you would like to support Graeme in his challenge and help Stand by Me children in Burma, visit Graeme’s Just Giving Page

To find out more see our Sofia Home Educational Project

Blossoming into a model student

Diana has transformed from a troubled, challenging child into a model pupil since joining the Stand by Me school in Colombia, thanks to the love an...

A taste of theatre for our girls in Guatemala

The girls at The Oasis homes in Guatemala are busy rehearsing for a performance at the end of July, as the result of a visit from the Bond Street T...