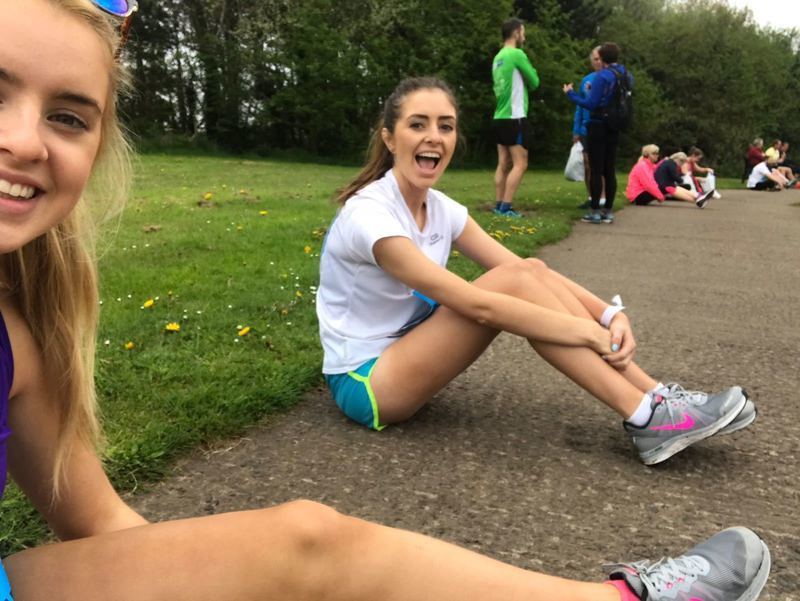 Three teams of runners from Glenabbey took on the challenge of the Belfast Marathon and fundraised for the kids in Stand by Me's care. Devan tells us all about their marathon relay experience, the ups and downs and the motivation that kept them going:

"I was very excited to sign up to take part in the Belfast Marathon this year, along with 14 others from Glenabbey Church, to form three teams taking part in the relay. I had all the intentions to get training early, and convinced myself to sign up for a longer leg this year. Big mistake! As the weeks passed, no training happened! As you can imagine I was beginning to feel anxious as May Day was fast approaching, but knowing we were running for such a great cause numbed these anxious feelings.

We decided to raise money for Stand by Me, which is a great charity, doing amazing work with children, by building schools, opening care centres and offering much needed support to families. I have taken part in other fundraising events for this organisation and was thrilled that the money raised was going to help children locally, and even as far as Colombia, Ethiopia and Romania.

On the day the sun was shinning and it was shaping up to be a gorgeous day! As I made my way to the my starting point, with hundreds of other runners, the atmosphere was so energetic. Eventually the first relay runners arrived, followed by my team mate amongst the crowds. This was the moment I regretted the lack of training as I started the 4.5 mile along the motorway and into Belfast.  It took a couple of miles to get into a rhythm after sorting out my breathing and finding a song in my playlist to get me pumped!

As you can imagine, the initial energy soon wore off and I was starting to lose momentum, but ironically enough I had added a song called ‘Stand By Me’ into my playlist, not thinking anymore of it at the time… but believe it or not it came on at exactly the right time to remind me what I was running for! Along with the amazing support by so many strangers and fellow runners I felt that I could actually complete the leg, and I even surprised myself by doing so without stopping… Although this may be because I knew if I stopped I wouldn’t get going again!

When I turned the final corner and headed towards the floods of people I began to search for my team and high fived them as they began the final leg. After I finished I was on such a high, and was so proud to have been part of one of Glenabbey’s marathon teams. The 4.5 miles were worth all the post-run pains as all of us were so thrilled to have been able to support this amazing charity in their efforts to help, support and reach children in the best way possible."

Thank you so much to all of the Glenabbey runners for lacing up the trainers and running the streets of Belfast for our kids, you've made a great difference in the lives of our kids.

Laptops help students take the next step in their education

Some of our amazing supporters have joined us to stand by our university students by helping to fund a laptop for each of the students!

Stand by Me run a care centre to bring hope and care to children and families in this town. One of our aims is to provide training and support for families so that they can raise their children in a safe, secure and loving environment.