Music skills: From zero to hero 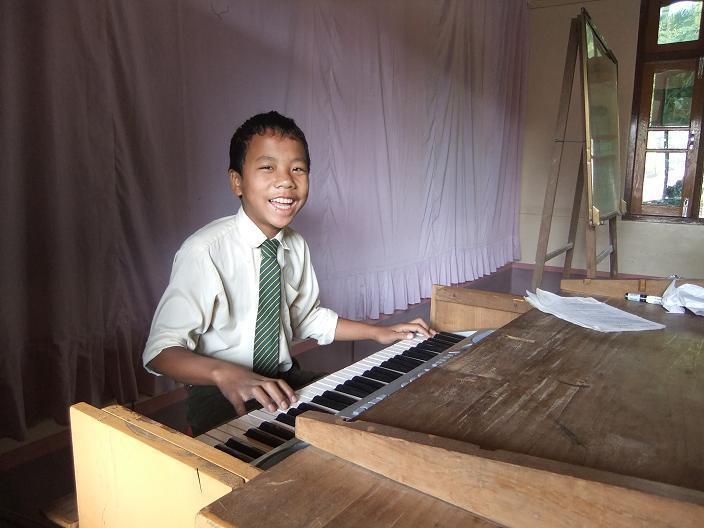 Van Bawi Cuan is the lead musician at Grace School in Burma, playing the music for hundreds of students in their daily assemblies but his talent didn’t come easy to him. When he was in Grade 4 he had no knowledge of music and he was taunted by his friends for his lack of ability in the subject. “Songs never came out of his mouth”, his teacher said, “His friends always make joke of him to sing some song for them.”

All that changed, however, when Cuan decided to learn to play the keyboard. One of his teachers agreed to give him lessons after school but after considerable time practicing, it seemed like a lost cause. Cuan persevered enthusiastically, despite his difficulties, and his determination certainly paid off. With a lot of hard work and great teaching over many years, Cuan has now achieved more than he could have hoped for. Alongside the music in the school services each morning, Cuan also leads the school concerts throughout the year. He can play the piano and the keyboard and his teachers are very proud of his achievements.

A trio of Stand by Me supporters turned their mid-life crisis into a mid-life fundraiser as they attempted to climb the highest peak outside Asia, ...

The first house opens at the Bekoji Children’s Village

Stand by Me is pleased to announce the opening of a brand new home for orphaned and abandoned children in Bekoiji. The first three children to be w...