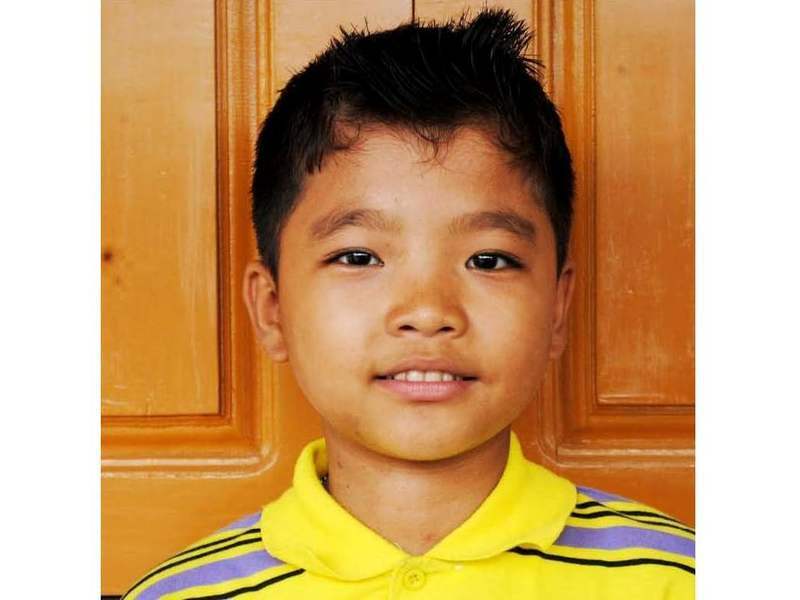 Nuam is a new student in the Sophia Academy in Tamu, though his home life is tough, spending much of his time taking care of his three younger siblings, he enjoys the chance to learn in this newly opened school.

Nuam’s father is an alcoholic. He leaves for work in the morning and returns home drunk every evening having spent most of his wages on alcohol. His drunken state causes him to be aggressive to Nuam’s mother. To protect his younger siblings from witnessing this, Nuam takes them to a neighbour’s house where they sometimes sleep at night to escape the violence.

With the family’s money spent on alcohol, Nuam and his siblings are unable to meet the government school fees, so Nuam earns money washing and ironing the clothes of wealthier people in the town. However, even working hard to pay for a government education, the quality of teaching is so poor that there is no hope of passing exams.

For so many children like Nuam, not being able to pass their exams and gain an education, means there is no hope of escaping poverty. The Sophia Academy was set up by Stand by Me to give Nuam, and children like him, a better chance in life.

Now Nuam attends the Sophia Academy where he is under the care of Stand by Me and receives a free education of a high standard, giving him the chance to escape poverty and a hope that he and his siblings can have a better future. Read more about our work in Burma.

A special day for mothers

The children at our Centro Educativo Cristiano School in Colombia had a great Mothers Day celebration. For this lovely occasion many mothers of the...

The children in the younger grades in our Centro Educativo Cristiano School were eager to use their new learning materials and educational toys. Th...