Safety and hope for the most vulnerable 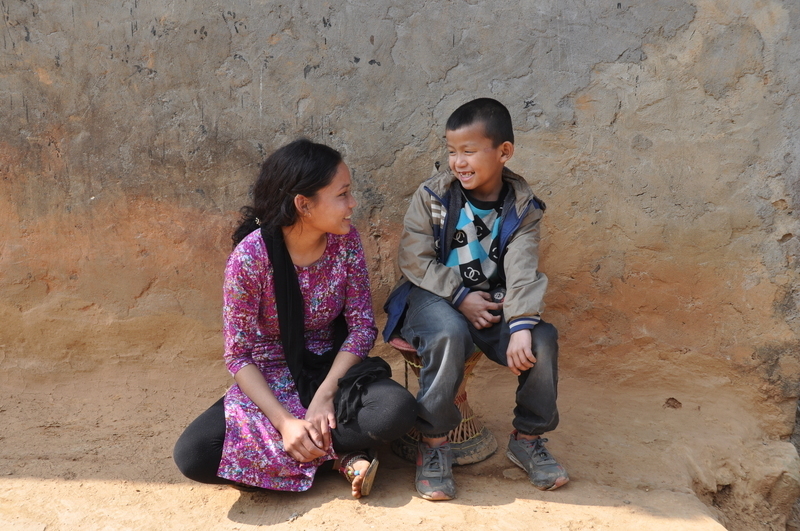 We are motivated by Jesus’ example to reach out to the most vulnerable and forgotten in society. We go to the places no one else wants to go and care for the most at risk children, restoring their dignity and giving them a sense of self-worth.

Rinu and Dev’s story started in the remote Khairang area of Nepal where Rinu was born. Her parents and grandparents then moved to a house near the bustling town of Manahari. Their father struggled with alcoholism and sold their land and half of the family house to pay for his habit. Their mother remarried and, as is common in Nepali custom, abandoned her children, leaving them with their grandparents. Sadly, their father died as a result of alcoholism and not long after, their grandparents died also.

Rinu was left to care for Dev alone. Too frightened to sleep alone in the house, they would sleep on a neighbour’s floor. Rinu bore the burden of providing for their needs of food and clothing and began to brew raksi, Nepali ‘moonshine’, and sell it in local bars.

We heard of Rinu’s situation and realised how vulnerable she was. Not only was she shouldering responsibility far beyond her age but we were worried that she was at risk to traffickers who abduct girls and take them over the Indian border for prostitution. We immediately admitted Rinu and Dev into our Hetauda Centre.

Today, the Hetauda Centre is a place of safety for Rinu and Dev. And what a difference a year makes! Rinu is now attending college, studying science, and wants to become a nurse. Dev has settled well into school and got 80.5% in his end of year exams, near the top of his class! In our care they have everything they need to feel secure and that they have a place where they belong.

Every child received a brand new pair of shoes!

The generosity of our supporters helped spread joy throughout our projects around the world. Shouts of delight and beaming smiles were seen from Burma to Ethiopia to Colombia as every child snuggled their feet into comfortable, supportive shoes.

Looking back on rescuing and raising kids in 2017-18

We're really excited to share with you our latest Annual Report which highlights just nine stories of our impact and key achievements.