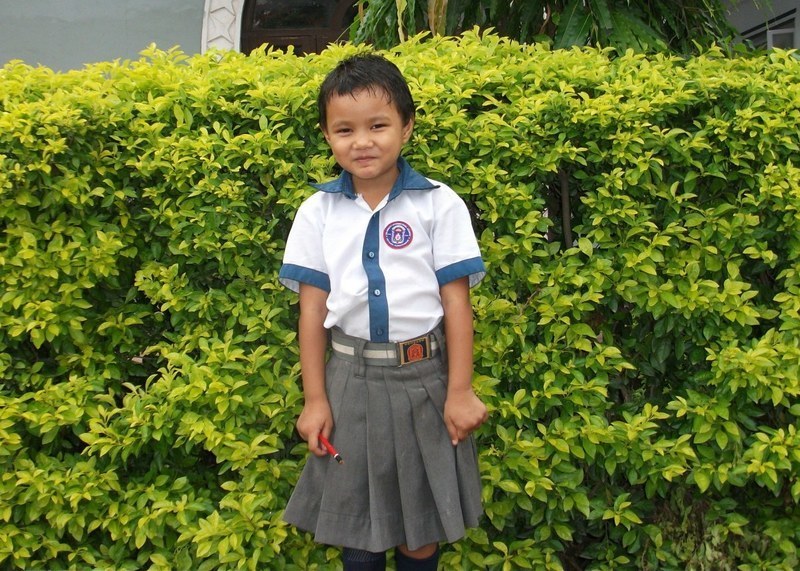 A young girl named Salomi recently joined our Children’s Home in Nepal. We asked our director to share the touching story of how he first came to know Salomi and her family.

“About ten months ago I was travelling on public transport, through a very crowded place when I noticed a lady looking at me. I felt uneasy. At the same time I noticed an abnormality with her face and body, her face looked black and pale. She was travelling, just like I was, but she looked sick.

After a while she greeted me and said “For the last year and a half I have been trapped in my village as I am sick and having treatment for both of my kidneys.” As she said this, I began to remember her. Breaking me from my memories, the lady stood up, got down from her seat and left, saying that she was on her way for medical treatment. That was the last I saw of her.

In May this year, a lady who I did not know came to the Children’s hostel with a beautiful six year old girl. The lady said that this child had no parents and needed someone to take care of her. As the story began to unfold, I learned that this young, vulnerable child named Salomi had a mother who had been having kidney treatment. Her mother died four months earlier. Salomi’s father had borrowed one million Nepali rupees so that he could provide medical care for his dying wife, which he could not pay back, so he was left with no choice but to disappear. Salomi’s mother was indeed the lady I met travelling on the bus.

Salomi looked forlorn and frightened when she arrived, afraid of what was going to happen to her. Her grandmother was very elderly and she couldn’t afford to look after Salomi. I was so sad to see her looking so upset, but so pleased that we could take her into the Stand by Me children’s hostel. She is still in contact with her grandmother and is settling in well, as you can see from her big smiles."

Michael is a brave and courageous 11 year old boy who is so determined to study that he has crafted himself a job as a shoe shiner, in a town of ex...

A life-changing trip to Nepal

A team of volunteers from Braintree report in from the Stand by Me children’s hostel in Nepal, to share their experience of their two week stay so ...