A family to belong to 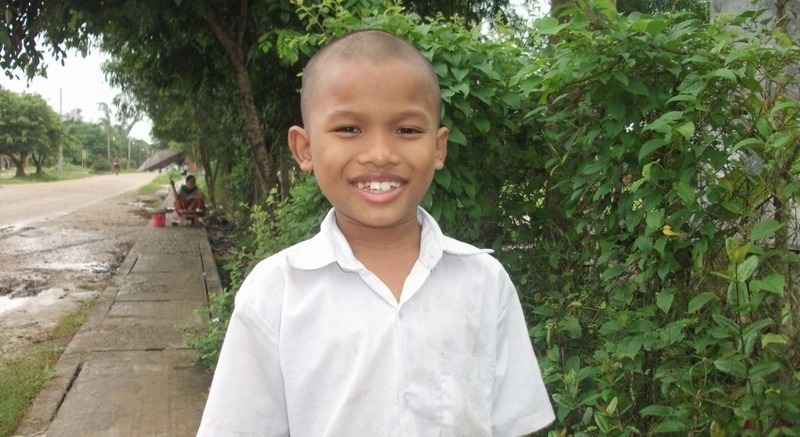 Elijah lived with his father and mother in a river delta area in Burma. When Cyclone Nargis hit in 2008 there was extensive destruction and flooding, there were at least 140,000 fatalities from the storm and floods that followed. Elijah’s father was one of the people that died when the cyclone hit. Sadly, not only did young Elijah have to cope with the tragedy of losing his father, but his mother abandoned him shortly after. Life started to look better for Elijah when a couple who were unable to have children adopted him, he hoped to be part of their family, but after two years with his new ‘parents’ they were able to have a child of their own.

Once they had their own child, they became bored with Elijah and began to mistreat him; they abused him and made him work for them, begging for money and food. They took away his bed and barely gave him enough food to survive. Elijah was alone in the world.

However, a kind woman knew of Elijah’s mistreatment and heard of the Stand by Me Yangon Children’s Village. She immediately bought him to the village where Elijah was welcomed with open arms into our care.

When he arrived in 2012 he was scared, full of fear and timid. At meal times he was too afraid to eat, worried that the kindness was a trick. Now thanks to the love and gentleness of the house parents and children in the home, Elijah feels part of the family. He is a happy boy who loves to go to school and sing at church. Most importantly, after years of rejection and neglect, he knows that he belongs, is precious and is completely loved. To sponsor a child like Elijah please visit our child sponsorship page.

The gift of a real home

Our children’s health is of great importance and one area essential to their wellbeing is dental health. Without proper dental care, high levels of...