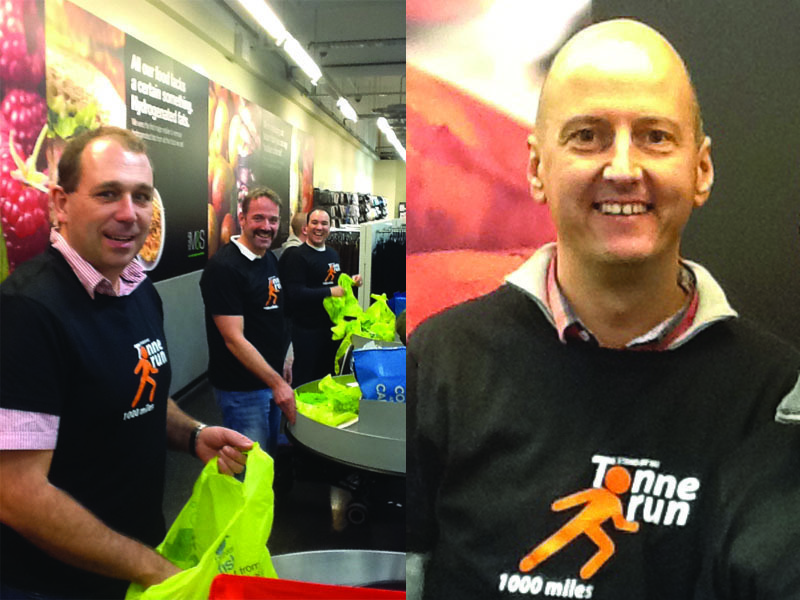 He organised a bag packing day with a few friends in his local Marks & Spencer store and raised an excellent £472. Combining this with earlier fundraising efforts such as a Hog Roast BBQ and disco at his local rugby club, together with sponsorship, he has to date raised an astonishing £1,600. But not content with that, he’s now set himself the target of £1,800! What a man.

The Tonne Run has been taking place over the last 12 months, as we’ve encouraged as many of our supporters as possible to run 1,000 miles (the width of Ethiopia) between January 2012 and January 2013. Some such as Michael took part individually while others formed a group, to fundraise for the children in Ethiopia who have to walk over 1,000 miles each year to collect water for their families.

Why not encourage Michael further as he strives to complete his challenge, by donating on his Just Giving page? You can find it here

Two major heart operations, intensive care and even a pace maker did not seem to solve little Jenifer’s heart problems, despite Stand by Me arrangi...

Completing the Great North Run to raise funds for Stand by Me was a momentous occasion for Judith Hoey, Jen Brown and David Boyd. The race guided t...