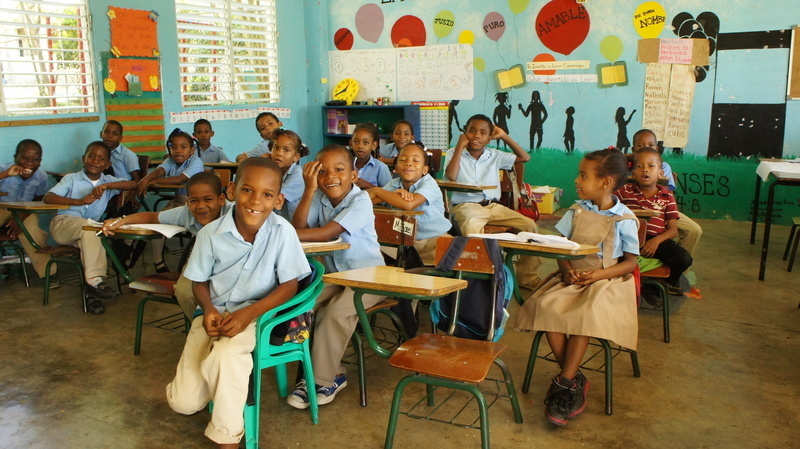 Stand by Me have been working in the Dominican Republic since 1995 when we met a couple named Ramon and Juana, who, with little income, were educating 50 children in a chicken shed. We were touched by their love for the children of Monte Plata so we built them a school.

Since then, hundreds of children have been given quality education and chance to escape poverty at the Eva Russell School and a children’s home in Monte Plata was later opened to care for orphaned and at risk kids.

Many people in the north and east of the Dominican Republic were displaced because their homes were in risk areas due to flooding or landslides. The incessant rains of Hurricane Maria caused flooding of rivers and streams that flooded lowlands where rice, bananas and African palm were grown.

The province of Monte Plata where Stand by Me works is located in the north west of the country, in the centre of the island. Thankfully, Monte Plata was not affected badly by the floods as it has no nearby rivers. However, many families working in the fields lost their source of crops because of floods.

The Casa Monte Plata children’s homes and the Eva Russell School were used as shelters when the hurricanes came and the buildings did not suffer any damage to their structure, remaining safe. School classes were suspended throughout the country due to hurricanes and heavy rains. This helped to prevent accidents and reduce the risk for children and their families as it kept everyone inside, sheltering.

As a result of the rains there have been outbreaks of tropical diseases such as dengue fever and chikungunya and sadly some children from our school have been affected. Although the diseases can be life-threatening if ignored, when treated, children are expected to make a full recovery. All of our children and their families are receiving medical advice and if they appear to have any symptoms of fever, headaches, vomiting or a rash, they are taken to the hospital for evaluation and treatment.

It’s been a tough few months for our children and their families in the Dominican Republic, but thankfully they are all safe. Now back at school, the children are receiving regular meals, healthcare and a great education. The support our children and staff have received has encouraged them knowing that they are cared for by their sponsors and supporters.

We’re very proud to announce that we are sending 8 students to University from Bekoji. Yoseph, Kasahun, Lidia, Biniam, Eden, Abraham, Rahel and Ephrem are off to study courses such as Engineering, Economics and healthcare.

An evening for Colombia

On a Saturday evening in the village of St Nicholas-at-Wade, 70 people flocked to the village hall eager for a tasty meal, fantastic entertainment and to hear about the work of Stand by Me in Colombia.