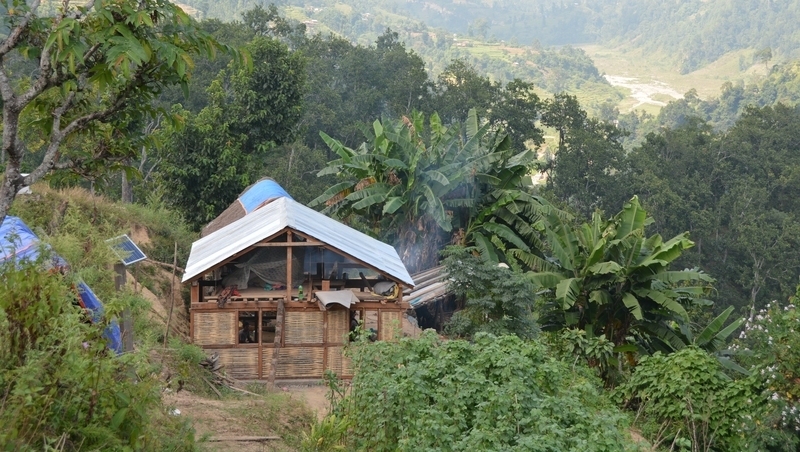 Back in April when the Nepal earthquake hit, we knew that we had to respond. In addition to meeting the immediate needs of the victims, we also realised that we had an opportunity to make long term improvements to the lives of families who were extremely poor, living in impoverished conditions, often trapped in debt, and had lost everything in the earthquake.

Through our Nepal Appeal we were able to make a speedy response to rebuild 40 houses for those made homeless in a remote area.

Sameer is five years old, he lived with his family in a traditional valley home built from mud, stones and thatch. When the earthquake struck, his parents were away from home working, as many do, in the fields of richer high caste people. Sameer was exceptionally brave for a child of such a young age and did not panic when the house began to rock but took his tiny sister’s hand and made her leave the house with him. He took her out into the open fields close by and waited until his parents came back.

Sameer’s house was completely destroyed. Thankfully, through our Earthquake Appeal, Stand by Me have been able to provide his family with the materials to rebuild. Their new house (photo 1) was taking shape when Fay visited. Sameer’s father Milai has built most of the house himself and done the carpentry work on the other new houses. He is leading the team of men sharing their skills and time to put a roof over the heads of their fellow villagers.

The new house will provide Sameer’s family with shelter from the harsh weather and the dignity of having their own land and property. The benefits of the new homes reach far beyond the protection of the bamboo walls but give people the knowledge that they are loved and cared about. Now that they have the security of a home, Sameer’s family can hope for a better future.

Sponsor a child Give to this appeal Donate

My trip to Bekoji

In 2015 Amy (9 years old) and her brother Caleb  (12 years old), along with their Mum, set off to Ethiopia on a team trip. Amy tells us what stood out to her when she met our amazing Stand by Me kids in Bekoji.

Ayana is a student at our Abdi Academy in Dembi Dollo. At home he lives in a one-roomed mud hut with his parents and 6 older siblings. At school he is a hardworking student who has a talent for writing. The whole school listened eagerly as he presented his article.