A chef in the making 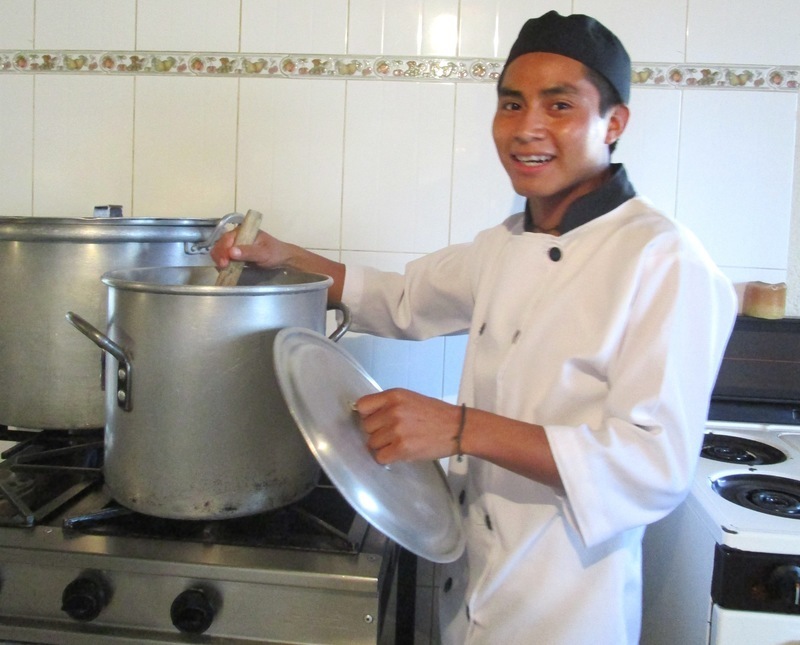 Angel is cooking up plans for his future. At 19 years old he is in grade 9, behind for his age due to starting school so late. He was born in a small town called Parramos in Guatemala where he and his sister lived with their alcoholic and abusive father. After years of the children missing school, social workers investigated his family situation and in 2007 he joined the Rehoboth Boys’ Home. Not long after, because of Angel’s request to the authorities, his sister joined our home also. At 11 years old, Angel started school in the 2nd grade and we’ve all been proud of the progress he has made since.

With such a difficult upbringing, Angel has experienced some tough times and has gone through rebellious patches. More recently his father died and this affected him emotionally. But he is a strong boy and he overcame this time of difficultly and has been growing in his education, attitude and faith.

Angel is on a educational transition programme which means that he will be able to transition from grade 9 into a study programme for Tourism. By studying Tourism Angel will benefit from learning and developing his English as well as become well-informed on the history of Guatemala. He is looking forward to interacting with people from different countries as he is interested in different cultures. It will take two years for Angel to qualify and when he does he will be set to start working on his dream to be an International Chef.

Angel loves to cook. He cooks at school and he cooks at the Rehoboth Home. He has cooked for important occasions at his school alongside the kitchen manager and is always practicing his cooking, eager to learn new skills to become the best chef he can be. His determination, work ethic and lovable character mean that he has many people cheering him on to achieve his dreams.

We want all of our children to have the chance to dream big and having a sponsor to encourage them in their hopes for the future gives them to support to do this. To find out more about how you can help a child reach their full potential visit our child sponsorship page.

Building has begun in Shan

This year, due to the great needs of children in Shan in Burma, we set out to purchase land to build a children’s village to provide a comfortable ...

This is Abdinego and his family. Abdinego is a Stand by Me child and student at our Abdi Academy in Dembi Dollo, Ethiopia. At school he learns exci...