Genesis's strength to help others 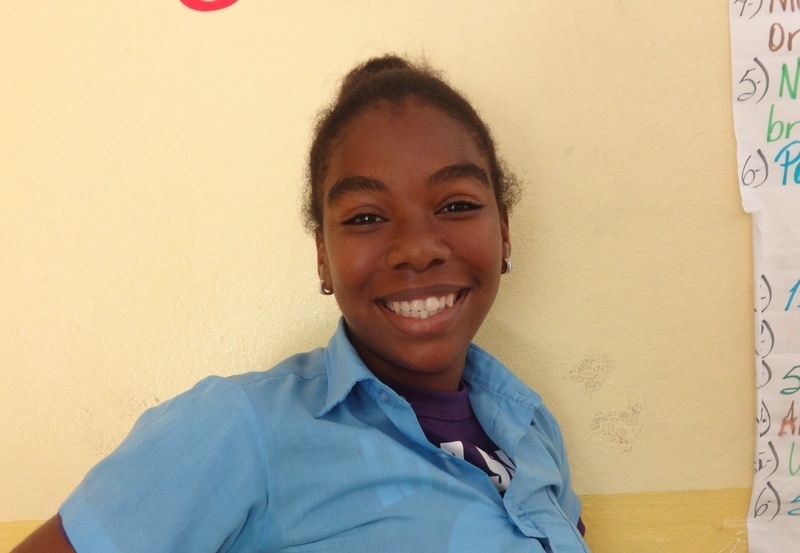 Genesis is in grade 8 at the Eva Russell School. Today she is a confident, compassionate girl with a heart of gold, but she has experienced great sadness in her young life.

When Genesis was a small child she went to live with her grandmother and two elder cousins. Never having known her father, it was her mother that brought her to her grandmother as she took the decision to move to the city of Santo Domingo to find employment. She would send money back to look after Genesis but despite her hard work, the money she was sending was not enough and her grandmother sought help from Stand by Me for Genesis’s education and care.

With loving support, Genesis enjoyed school and was a motivated student. However, four years ago her mother became very ill with cancer and passed away. Understandably this loss affected Genesis greatly and she struggled with her sadness. Teachers and staff at school drew near to Genesis at this difficult time and supported her.

Since this life-changing event we have seen Genesis’s strength shine through. She has a talent for writing poems and verses and after the death of her mother she wrote a beautiful poem to express her feelings. Genesis has shown maturity beyond her age and has been helping other students that have also lost a relative through talking to them and reassuring them that God will stand by them through the hardest times.

What a wonderful caring girl. We are most definitely proud parents!

Don’t they look smart! Uniforms don’t last long in Ethiopia and become damaged through being worn every day. A group of six motivated runners completed a Tonne Run (1000 miles) in 2015 to buy every child at the Abdi Academy a new school uniform.

Twins Misa and Tolea live in Moldova and were facing a winter wearing inadequate shoes until Stand by Me intervened. Through our Shoe Appeal, Misa and Tolea received a pair of winter boots and were filled with happiness for their warm and protected feet.