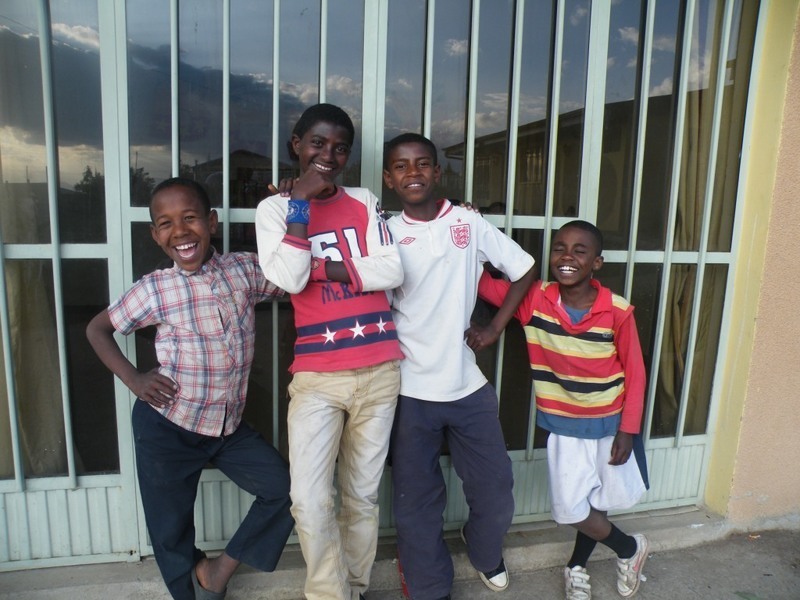 A much needed boys’ home was opened in our Bekoji Children’s Village. The three boys there have now been joined by Michael (second left). After losing both his parents to HIV Aids at five, Michael was without anyone to take care of him and living with HIV himself, his future was uncertain.

But Michael never gave up hope and dreamed of escaping poverty by attaining an education. He strived to earn money to pay for school by shoe shining on the streets. Working hard and not having the medical care he needed, Michael’s health began to deteriorate and his dreams of ever getting an education seemed lost.

It was then that Stand by Me rescued Michael, his health was in a very bad condition and we had to act urgently to give him the medical care and support to save his life. But we wanted to do more and give this bright boy a home, family and the education he wanted. Our hope was to open a boys’ home in the Bekoji Children’s Village and promised Michael a place there, he was so excited. Finally the wait was over and we were able to open the home. Now he has moved in Michael has his own bed and three new ‘adopted’ brothers to play with.

Michael now has love, medical care and the education he has always hoped for. He loves learning at school and even helps the younger boys by teaching them maths. His dream of going to school is now reality and his future is filled with hope. Read more about our work in Ethiopia here.

When Manuel was a baby, doctors discovered problems with his vision. Sadly the efforts to improve his sight were unsuccessful and when he started a...

Collecting coppers and baking buns bring in funds. Compassion for girls trapped in poverty touched the hearts of pupils at the Francis Bardsley Aca...