Guest blog: February on the floor 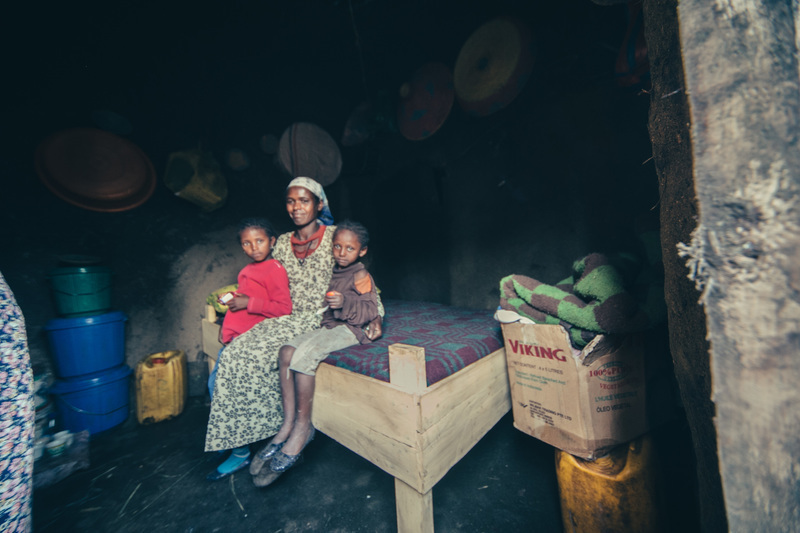 Read Andy's guest blog about his month on the floor:
‘Giving a bed makes a real difference’, the inciting words spoken by Stand by Me’s Jonny Farrell at our first Ethiopia trip team meeting. Instantly my mind was racing and after a few false starts I found myself inwardly committing to the great idea in my mind. Sometimes I have the stupidest great ideas. But there was no going back, I had decided, I’d spend the month of February sleeping on the floor to raise money for beds.

Initially tentative as to whether anyone would take notice, the target was set at raising 5 beds, a total of £600. It quickly transpired that friends were catching the vision through social media and by the end of the 7th night we were just short of seven beds!

Google told me 3 weeks of sleeping on the floor and I'd be used to it, Google lied. Hips, knees, shoulders and of course my back fronted the worst discomfort, still all feeling perfectly misaligned. The biggest struggle was sleep deprivation, constantly waking and turning to try out a new position dashed any hope of a good night's sleep. Admittedly it’s not as bad as you might first imagine, we are highly adaptable beings and I even managed a few lie ins on the floor!

Donations steadily continued with the guarantee money donated would go towards beds for those in need of one. Those who know Stand by Me, know it's more than simply a bed. Being able to gift beds to families is part of a greater picture. Supporting, equipping and investing in the flourishing and wellbeing of those they work with, the charity enable children and young people to overcome barriers dictated by poverty.

The dream evolved to raising a bed a night, 28 beds, three thousand, three hundred and sixty pounds. That dream remains. It became much closer to reality as others took on the challenge and did a night on the floor themselves, championing the cause and inviting even more people to donate. As congratulations come my way I very quickly direct that out to all those who got involved, to every person who donated, to those who did nights on the floor, to those who interacted with Facebook posts - thank you, you've made a real difference. Good news, it's not too late to donate. If you can, go for it, and let’s together hit the 28 bed target.

Sponsor a child in Ethiopia Give to this appeal Donate

Our kids love reading. Books bring our children joy as they broaden their imagination and discover delight in immersing themselves in a story. Books expand our children’s knowledge and encourage their personal learning. We love hearing about our children’s interests and asked our kids around the world what their favourite book is:

Grace is one of our kids. She was handed to us in a bundle of rags by a policewoman. But her name wasn't Grace then, in fact, she didn't have a name at all.